Lots going on in this photograph. We have star trails, a meteor, an aircarft and northern lights captured in this image. During this capture (which is actually of a couple of merged images as evidenced by the gap in the star trails) I saw, to the east, a vertical shaft of light above the horizon, which I thought were headlights of a vehicle on a distant road. It took a while for me to realize that these "headlights" did not really move, and that there was no roadway to the east. It was then that I, the amateur astronomer, figured out that the shaft of light was actually the northern lights, confirmed by a 30 second exposure taken in that direction. And of course that light show ended pretty much immediately thereafter. 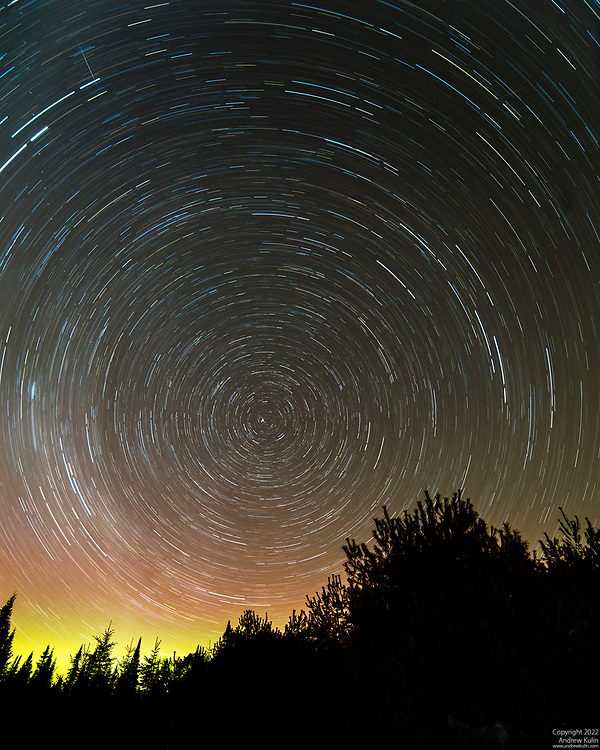